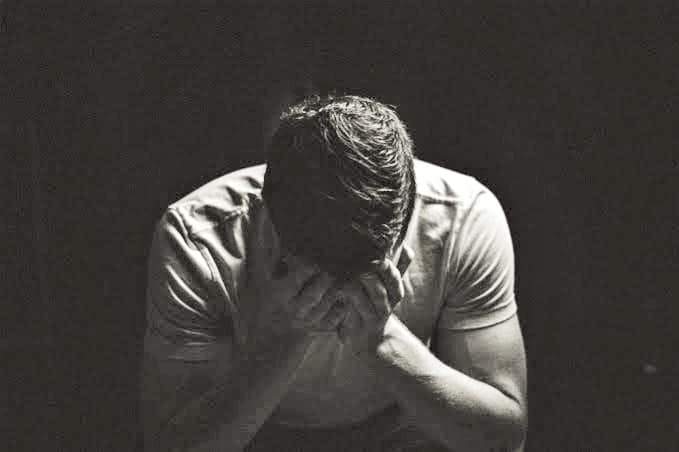 There is a long list of such phrase that are often said to a man if he shows his vulnerability or talks about his emotional issues to his family or friends. Our society often labels a man who is brave enough to acknowledge and talk about his hurt, failures or sadness – ironically as weak!

It is perhaps a page from some outdated patriarchy rule book or boy’s code that says that a man cannot get hurt or have a bad day and still share openly! Have you noticed such a tradition as only created generations after generations of weak and emotionally numb men, who are incapable of feeling emotions or handling relationships.

Who says that when a relationship ends it’s only a woman who gets emotionally hurt or shattered?

Where is it written that men can get over the emotional mess faster and for them moving on is easy?

Does a tough exterior indicates a strong interior as well?
Well I don’t think so!

Both males and females are made up of yin and yang.
There is a content of both Purush and Prakriti in every living organism on this planet.
This means we all carry both masculine and feminine energies. It’s just that men have more of purush tatva and women have more of prakriti tatva in their system.
As men and women were designed for doing different set of work.
Men were by design given more of physical strength and women were given more of emotional strength.
Which no where means that men don’t have emotions or women don’t have physical strength.

Even the Adi Purush (Shiv ji) was drowned in sadness when Sati set her self on fire and died. He carried her burnt body along with him crying in anger and sadness.
He too withdrew from all the worlds and isolated himself for ages till he could find a way out of his grief.
We don’t call him weak then why do we call a man weak or soft, when he cries or is stuck with his grief ?
We worship him as the ultimate epitome of masculine power not just because he is powerful and strong but also because he is a complete man who is strong enough to accept and live his vulnerability. He accepted his emptiness without his wife and mourned on her death. Grieved at his loss and was not ashamed of his emotions. In time, he came out stronger.

Then why should humans and specially men be secretive about their feelings and vulnerability?

Why can’t we accept that it’s ok for a man to cry or to be sad or be depressed?
Why should a man hide his tears and quickly move on?
Why do we not allow a soft heart inside a strong body to beat as normally as any other heart?

Just because of the social conditioning and stigma men suppress their emotions and suffer in silence. What will people say is the thought which stops them from sharing their feelings with their friends or family.
And the outcome is sad and shocking as we all know suicide rate of men as compared to women is much higher all around the world.
There are more cases of depression in men than in women.
There are more men who suffer from heart diseases and blood pressure as compared to women.

Mind-body connection says that more you suppress your emotions more your heart chakra gets blocked which results in high heart risk and high blood pressure.
More you judge yourself and hide your true self from the world more your 3rd eye and Solar plexus chakra get dysfunctional, resulting in depression, anxiety, low self esteem and all this collectively gives birth to anger and temperamental issues.

Men often keep storing their hurt, sadness, disappointment and other emotions inside and as we know emotions are nothing but energies, these energies either get stored in their body, giving room to ailments or they take shape of destructive thoughts and make a man violent, aggressive, depressed or suicidal.

We really need to rethink about our social system and injunctions that we give to our children and specially boys. We have to tell them that it’s ok to be sad or to cry when they are hurt or when they fall.

We have to help them understand their emotions and accept them. As real strength lies in acknowledging our own true self and not in abandoning it.

In my profession, I come across so many men who are going through a lot in their lives and they are unable to share it with anyone because they fear judgment or don’t want to become a laughing stock in the society. Some of them tell me that they have never cried before and actually feeling better after shredding a few tears.

I remember a few of them came for therapy as they were unable to stand up for themselves as their wives were extremely abusive. They were too ashamed to tell it to their friends as they were fearful that if their best friend knew that they get beaten by the wife, all they will get to hear is remarks on their manhood and they will be treated like jokers by their friends.

Lots of men don’t confront their wives or drag them to court for cheating on them and having extra marital affairs as they feel it will be a blow on their masculinity.
What will the world say if it figures out that their wife was sleeping with someone else ? They feel they will be judged and world will say that he was not “man enough” and that is the reason why his wife went out with another man.

Men too need to know that it’s not about them or it’s not their fault as much as a woman needs to hear it when she is betrayed.

I feel it’s a myth that women work hard to keep a relationship or try to save a marriage. I meet both men and women who believe in letting go and moving on if their spouse is willing to change.

I have actually seen more of men suffering in silence in a bad marriage than women because women find their support group with ease and can vent out and discuss their lives with their friends and family and they are heard and sympathies too. But men, they don’t have that privilege.

We believe it or not’ accept it or not, But the truth is
“mard ko dard hota hai … per woh bolta nahi hai.”

My question is why so?
If you are done talking about women empowerment and being a feminist then can we please think about men’s empowerment!

So, are we willing to extend a compassionate heart and empathetic ear to our male friends too ? Are we ready to encourage a man to talk about his misery and not hand him over a mug of beer and ask him to chill and get drunk…Because it clearly hasn’t worked and it will never work.

Men are you willing to be human and help a friend get out of his emotional mess?

Only if we allow men to be real men and not try to convert them into Avengers, X-men, Superman or Ironman then probably we will move ahead on our journey of having a world without domestic violence, abuse and sexual harassment at workplace.

Probably then, we will have gender equality and progress towards a world, where empowered women and men co-exist in harmony – as equals. Without feeling intimidated or threatened by each other’s powers and strengths.