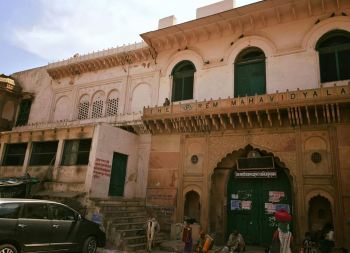 Have you ever felt that? Many of us have. But what if someone woke up with this feeling, every day of life?

Kavita* had this nagging feeling all her life. She said she wanted to sleep through it, and just disappear.. Often she said, she would wake up and wonder, “Who am I? What’s my name? Whose life is this?” When asked about her past she would jokingly say, “I have buried it all deep inside, underground.”

As this happened during a two-day workshop, gradually healing happened. I asked her to dig deep during successive regression sessions, luckily she was willing and layers of consciousness were peeled. Incidentally when she first came to the workshop, she said, I have no ideas what I want to work upon through the workshop. However, as the workshop is structured around group sharing, each other stories help participant uncover their own; thus she started tapping into her buried past.

First stop was womb regression, where she visited with her spirit guide and personal deity or ishta, Krishna. Surprising she skimmed much through life history, and upon arrive in the womb, she found it to be empty. Later she told that she was born after a long gestation period at 9 months and 25 days, with much difficulty. As the guides revealed, hers was a case ‘soul swapping’ at the time of birth. The soul already inside was reluctant to take birth, so she volunteered to take its space. She confessed in real life as well, she is perpetually volunteering for anything that no one is willing to take on.

She was taken to the womb again, where the soul who left was called, its energies, sous fragments and life scripts were all given back. Subsequently, Krishna gave her a new script.

A bunch of traumatic lifetimes were witnessed, which Krishna, she said, cleared instantly with a giant twister.

Next she shared that during age regression she had seen a witch-like creature which resembled her aunt, and she often felt a strange wicked smile coming on her face when she looked at herself in the mirror. She always felt a presence around. Sure enough there was one, making her fearful and melancholy. As I guided her through the next healing, the spirit attachment was pulled out, and she could burn it in fire.

This lead to dramatic change in her energies, and now deeper healing could happen, as we called upon angels for healing as well.

She visited a past life, where she was a queen, living in large palace in 18th-century Jaipur. That explained her fascination for the pink city, “It is like my Switzerland, she said. Unfortunately, it was not a happy lifetime, asshe saw herself, being pushed down a high window, by her then husband, the king, and also current life’s late husband, who was highly abusive and alcoholic. Interestingly, as she fell down the window towards the palace courtyard, she saw all the windows were filled with women looking at her death. It turned out it was a planned murder as king was having an affair with a woman, she knows in this lifetime also.

Next, she was guided to heal the left side of her skull, which had broken as she fell. She often complained of migraine headaches in this life. The arms and legs had all twisted and broken, leading constant pain in lower legs, which doctors diagnosed as early arthritis, without much relief. After the body was healed, fear of heights, and conspiracy was dropped, the feelings of betrayal were also left in that lifetime. To complete the healing, she chose to forgive her husband, and his mistress and all the women who were silent witness to the crime. What happened next was most dramatic, as our group discussion continued, we noticed that she had quietly come to sit on the floor mattresses, which she previously unable to do. When someone pointed it out, she went on to share, “It could not have not imagined, myself getting up so effortlessly. My headache is also gone…it’s not there!” Her surprising revelation lead to a spontaneous applause; we had witnessed an instant healing through regression.

The miraculous healing, didn’t end there. During Future regression, which ends the workshop, she saw herself happily married sometime in the future. Little did we realise, we had witnessed a life getting transformed right before our eyes, over the course of past two days. It was a blessing for all of us, and as for Kavita? She looked radiant like a bride to be.